I have attempted to extinguish their dream.  They dream of buying the next Apple or Amazon when the companies are small and insignificant compared to what the companies and their stock prices will become in the future.  Someone who invested $5000 in Apple stock ten years ago would now have over $300,000 worth of stock, if he or she had not sold any along the way.  The Amazon investor would have about $63,000. 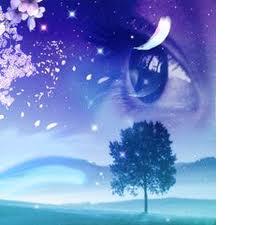 This dream is somewhat like the dream of winning a lottery jackpot.  A huge amount of money solves all your money-related problems, as long as you define them solely as being caused by having insufficient amounts.  However, if one thinks a little deeper about this issue, one realizes that this dream might not be the best thing to wish for.

The problem with such dreams is threefold.  The first is that the chance of the dream becoming reality is infinitesimal. The second is that the dream is not quite as blissful as it appears on the surface.  The third is that pursuing a less-than-blissful dream with a tiny chance of realization consumes resources that could be better used elsewhere.

Identifying the next big winner beforehand appears to be much easier than it actually is.  We look back on today’s winners and everything seems quite obvious in retrospect.  We knew it all along.  Psychologists label this tendency hindsight bias, and it distorts our sense of what is predictable.  In reality, we did not know it all along, and we won’t recognize the next one beforehand either.

Since there are thousands of stocks for sale every day, your chances of owning the best performing one is less than one-in-a-thousand for each single stock you choose.  You can increase your chances by buying a bunch, but then your dream is diluted since you would need to spread your money across your multiple bets.  So even if you are ten times better than a random guesser (a doubtful assumption) and pick about five stocks, your chances of hitting that big winner are still less than 1%.

The next problem is that a big payoff from stock selection is very different from a lottery jackpot in that a lottery jackpot is an instantaneous event.  You spend a dollar for a ticket and if you win, you are a multimillionaire the next day.   Becoming a multimillionaire by owning the best performing stock is a much longer process.  The stock increases over time, but years must elapse before a small initial investment can turn into something huge.  The path upward is anything but steady, either.  For example, during Apple’s 10-year climb, it experienced one 40% drop and another 60% drop.  In both cases, it recovered and went on to hit even higher levels, but there was no way of knowing that would happen in advance.

So, as your dream is becoming a reality, you must continually decide whether to hold on to your initial investment or sell some or all of it.  If you sell a portion of your holdings, then you will dilute the ultimate payoff.  But if you don’t, the stock will come to dominate your portfolio and represent a large percentage of your net worth.  Your portfolio’s performance will be overly dependent on a single security.  This is probably the single riskiest way to invest your money, and not one that any professional would ever recommend.  It will likely wreak havoc on your psyche as the stock price gyrates and you watch your wealth fluctuate wildly.  This situation gets more intense as the stock price grows and comprises a larger and larger portion of your wealth.

How will you feel if your choice turns out to be something other than the biggest winner?   What if, instead, you owned a stock that has a huge run-up only to eventually give back much of the gains?  Let’s say that instead of buying Apple 10 years ago, you bought Blackberry maker, Research in Motion.  Your $5000 investment would have been worth more than $300,000 in May of 2008.  But since you never know when to sell, you hung onto the stock, anticipating even more gains.  Fast forward to June of 2012 and your stock is now worth $25,000.  This is still quite a bit more than what you paid, but I would venture a guess that you would not view this investment very favorably, since it has lost more than 90% of its value at the peak.

So the dream presents a quandary.  If you sell early, then the dream is not realized.  But the longer you wait, the more angst you feel and the more you could lose. Maybe this dream is not quite as attractive up close as it seemed from a distance.

What you really need is a dream that will work in many more market conditions, not just if you get incredibly lucky.  A dream that has a much better chance of success in the long run, but maybe at a cost of a slightly lower return.  One that is based on realizing the returns from human ingenuity in general rather than winning a short-term gamble based on the performance of a single company.  One that reduces the angst of owning volatile securities.  One that gives you the confidence to know what to do under a wide variety of market conditions.  One that will help you to reach your financial goals.

Such a dream is attainable, and I have described many of its characteristics in the book, Cognitive Investing, and in other blog postings.  Instead of a very low probability of a high payoff, you have a much higher probability of a moderate payoff.  Instead of relying on a single company or a small set of companies, you are counting on all companies in aggregate to keep innovating, developing, discovering, and inventing.  Instead of trying to find the next Apple or Amazon, and avoid owning a Research in Motion at the wrong time, you will own them all. The gains of the winners will more than pay for the losses of the losers.  It requires much less effort (most of which is wasted anyway).  You can spend that extra time doing something more useful, productive, and fruitful.  Anyone who rooted for the tortoise over the hare should be familiar with the underlying theme.

This entry was posted on June 26, 2012, 2:01 pm and is filed under Investing Wisdom, Investor education. You can follow any responses to this entry through RSS 2.0. You can leave a response, or trackback from your own site.