The importance of mental models (part one)

Investors face a daunting set of choices.  They can be grouped into three general categories:

What to own: There are tens of thousands of potential securities to own if you only include those available to the broad public.  Including private investments would push the total number into the millions.

When to buy or sell: Securities can be bought and sold almost continuously.  They can be held for seconds, minutes, hours, days, months, or years.

How much to invest in any single investment: One can invest any amount from a trivial amount of money to much more than their net worth by borrowing. 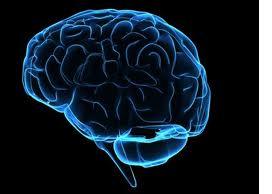 When you combine the choices of tens of thousands of securities which can be bought and sold in amounts ranging from tiny to more than all of our assets at any time, it can easily overwhelm us.  So we simplify this environment by reducing our options.  This simplification process is where many investors go astray.

How do we simplify these choices?  We use a mental model.  One of the most frequently used models is that of a game or a contest, such as a card game, board game, a lottery, or a horse race.  We think of our investments as a set of discrete games, somewhat like a season of baseball games.  We play a bunch, win some, lose some, and hope in the end that we win more than we lose.  This way of narrowing the decision process makes an unwieldy process more manageable.  The media reinforce this view by highlighting the best investments of the most recent “season” which is typically a quarter, year, or maybe a multi-year period.  The media also give us the short-term play-by-play, dutifully reporting on how the stock market performs on a daily basis.

To simplify the “what to own” question, we choose a few investments that we understand. These could be stocks of companies we have some familiarity with.  It could be a mutual fund recommended by our brother-in-law.  It could be the latest recommendation from that crazy investment guy on TV.  It could be a specially chosen set of investments designed specifically for you by an investment adviser based on his idea of your tolerance for risk.  In most cases, it is a small subset of the total set of possibilities.

The next issue is to answer the “when to buy or sell” question.  The typical time period for such ownership is best described as “a while.”  How long “a while” is will vary from investor to investor.   These investors treat this time period in the same way they would if they were taking a new job or dating someone new.  After “a while,” they make a judgment to see how the new job or relationship is proceeding.  Similarly in the investment world, after “a while,” these investors will judge the success of their investments.  If the outcome is favorable, they are likely to keep them.  If an investment has not performed very well, they might tell themselves that it was not such a good investment and they should try something else.  Or they might wait for the investment to get back to its rightful spot at the price paid.  They lost that game, and they want to play a new one.  After losing several games, they might get skittish and end some of the games they are winning to ensure that those end up as successes.  Then they need to make more decisions for the next game.

Problems arise using a game analogy because this ill-defined timing does not match the timing of decisions in the investment environment.  When you play a game or enter a contest, there is a defined time interval.  The game starts.  Then it ends.  The contest is over.  The investing landscape does not even have an equivalent starting or end point.  Investment performance can be measured over any time period, but the investment game never stops, even if the constituent investments keep changing.

The “how much to own” question is infrequently given the attention it deserves.  Too often the answer to “how much should I invest?” is how much “extra” money the investor has available.  Once an investment is made, the investor never considers changing the amount invested to reflect the changing value of the investment.  He or she treats the amount to invest as an on-off switch with only two settings, rather than an adjustable dial with a range of intermediate settings.

Investors who rely on a mental model that treats investing as a game or contest are subject to all sorts of behavioral biases that interfere with investment success.  They may be influenced by the whims of the day, being more inclined to buy when other investors are exuberant (and prices are high) and sell when other investors are despondent (and prices are low).  They are focused on short-term price movements, which frequently turn out to be nothing more than noise.  They pay too much attention to the latest market forecasts from the current guru of the month, in hopes of catching the next trend before others do.  They overestimate their ability to pick winning investments. They ignore the long-term implications of a series of myopic decisions.  They ignore the small continual costs that can aggregate to huge amounts over long periods of time.  They focus far too much effort on what to buy and when, rather than focusing on how much to invest in any particular investment.

The indeterminate time period in conjunction with the unconscious decision to not make any adjustment to the amount owned leads one to not knowing when to sell, how much to keep in any one investment, and what to do with the proceeds if one does sell an investment.  Repeating the flawed game in hopes that the next result will turn out better than the previous one is not progress.

In the next essay on this subject, I will describe the Cognitive Investing mental model, which solves the problems inherent in the game/contest model.  It removes much of the emotion from the decision-making process and leads to superior investment results.

This entry was posted on September 5, 2012, 11:34 am and is filed under Investing Wisdom, Investor education. You can follow any responses to this entry through RSS 2.0. You can leave a response, or trackback from your own site.